My First Try Making a Promotional Video with Canva

- January 29, 2023
At this point, there is no music or voice over for the video. I'm still learning. But I wanted to share this. Let me know what you think in the comments.
Post a Comment
Read more

Making Changes, Cover Changes That Is 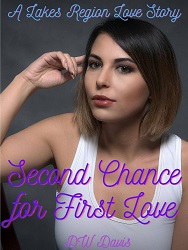 Introducing the new cover for Second Chance for First Love . The original cover was deemed too salacious to be advertised on Amazon. After much deliberation, it was decided to revamp the cover, making it more palatable to the Puritanical algorithm Amazon evidently uses for book covers but nothing else it advertises. I'm not as upset about this outcome as I might have been. In truth, I like the new cover better. So, apparently, does Amazon as the book is now being advertised via their Kindle Lock-Screen promotional channel. In other news regarding the Lakes Region Love Stories series, the second book in the series is now with my editor and my primary beta reader. Tentatively titled Taylor Made Love , the story is about a boy who leaves his dysfunctional blended family in North Carolina to live with his late father's sister and brother in law in New Hampshire while he attends Plymouth State College. Darren, everyone calls him Ren, makes new friends, falls in and out of love, an
Post a Comment
Read more

Start the New Year with a New Book, First of a New Series 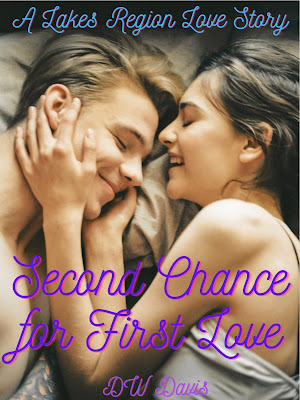 With the possible demise of Twitter in the near future, I began to explore other social media options and discovered several. On one of them specifically designed for writers, Medium , I read a blog post about Kindle Short Books - eBooks of between 10,000 and 30,000 words. In the print world, these might be called novellas or novelettes. This post got me thinking about the serialized stories I have published on Kindle Vella and HubPages . Several of these stories would be good candidates for publication as Kindle Short Books. Thus, I got to work on a KV story titled "A Seven-Year Ache" that is set in the Lakes Region of New Hampshire. I have other stories set in New Hampshire and some that could be rewritten into this setting. This gave me the ingredients for a series of Kindle Short Books. I have christened the series, "Lakes Region Love Stories." The first book in this series, uploaded on December 28, currently available for pre-order, and scheduled to be rel
Post a Comment
Read more

The First Gift of Christmas (simultaneously posted on myLot) 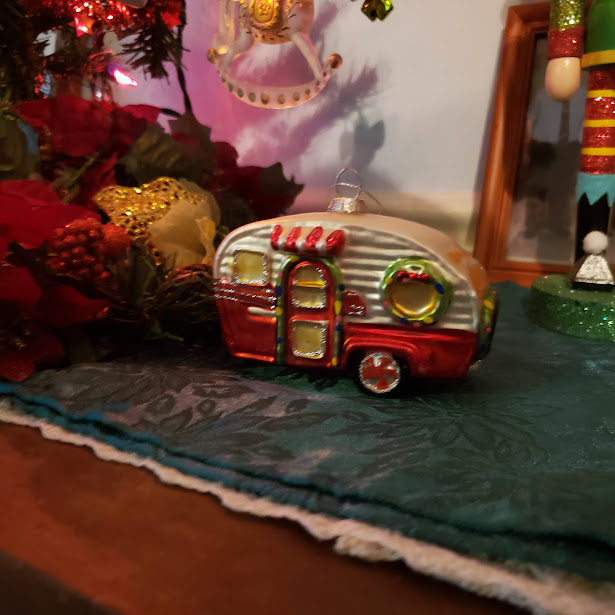 The photo is of the first Christmas gift I received from my students this year. This young man is a legacy of sorts as I taught his sister the year the pandemic closed the school and sent us all home for the fourth quarter.  The boy and I share a love of camping and the outdoors. He told me when he gave me the gift that the moment he saw it, he'd known it would be perfect for me. I must say that I agree.  The little camper now has pride of place under our small tree. We still have 2 and 1/2 days of school before Christmas Break.  Monday will be as normal a day as we can manage.  Tuesday, our priest is having a retreat for the students from 3rd through 8th grade in the sanctuary, followed by Reconciliation (what used to be called Confession) for the Catholic students. This will take up most of the morning.  Wednesday is a half day. We will begin with Mass in the morning and our class parties following after. Then, the kids go home, and the staff has a Christmas Lunch
Post a Comment
Read more
More posts

DW Davis
North Carolina
My writing reflects my memories of growing up along the North Carolina coast near Wrightsville and Carolina Beaches. I left that area when I graduated high school and traveled halfway around the world and back collecting memories and experiences which help shape my characters. Now back in eastern North Carolina, I enjoy bringing to life characters whose adventures take place in my favorite part of the world.